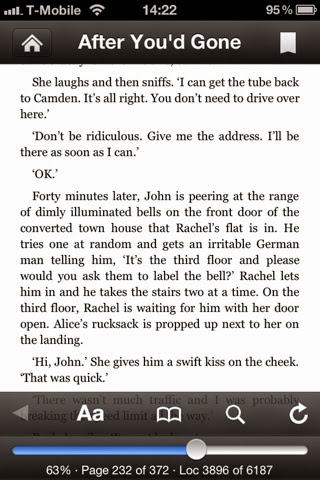 Another really good month on the book front for me.

I was swept away by Apple Tree Yard - Louise Doughty. One of the best books I've read in ages. I devoured it in a matter of days. Cleaning? Nope I'm sure neglecting the bathroom won't matter in the short term, at least we've got a dishwasher now... Sleeping? Nah no need...Screaming child? OK I stopped for that one...

I liked the background of academia and science but really that was inconsequential to the narrative. I loved the way she described the affair, their tangle of emotions and then the deceit followed by a violent change in circumstances.It was unputtdownable (a new word I've decided).

I'll be looking at Louise Doughty's other books for July!

Also this month was Crime thriller month (again)...I read another Ann Cleeves, Dead Water...the latest one returning to Shetland after the dramatic events in book 4 (no spoilers here) which was equally good as the first four.
I also read Lynda La Plante's Wrongful Death. The latest concerning her character Anna Travis. I enjoyed it but do wonder if there's only so much more Anna can take forward (the FBI? really?)...maybe, maybe not. We'll see what the next book brings! I do like a little of plausibility and this is now starting to verge on not being authentic.

I've started my book for June on the last day in May, is that cheating? So June's reads will include Maggie O'Farrell's After You'd Gone (this is going down very well so far) and  Mark Billingham's The Bones Beneath. Then I'll be searching out some more suggestions from others participating in a year in books. I'm so enjoying finding my reading mojo again.

Joining in with Laura and a year in books.


Posted by The Creative Academic at 14:29

Email ThisBlogThis!Share to TwitterShare to FacebookShare to Pinterest
Labels: a year in books, books, June, reading