What I should be (have been) doing but actually I'm blogging :: ten things 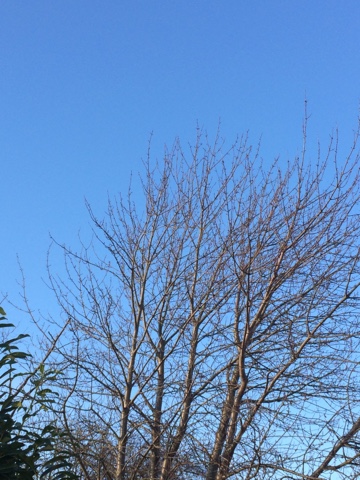 :: I should really be writing a fellowship application but I thought I'd rather blog. Whilst watching the TV. Or scrolling on my phone. Or putting the smallest girl back into bed. I don't seem to be able to do just one thing at a time anymore. 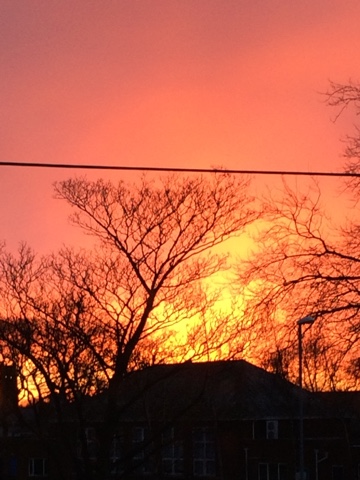 :: There have been some spectacular sunrises and sunsets here at the mo - also too much fog! 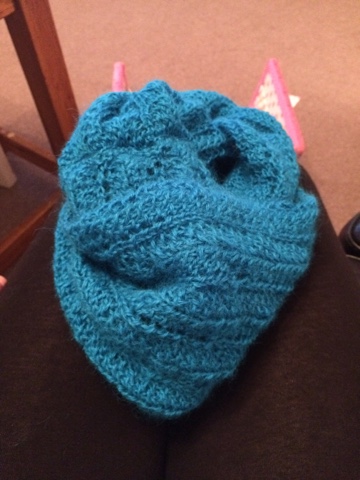 :: I finished my Whitlam cowl...very cosy it is too. I've bought some more wool in a different colour, It sits, wound into a ball, waiting for me.

:: I've made one toast arm warmer. I thought I'd see if I could remember how to knit in the round. Turns out I can. But I've got second arm warmer syndrome (it's related to second sock syndrome). Who knows by the next time I blog I might have finished the second one. I did have some pics but had to delete them off my phone for space (first world problems) but you can get the idea here...
https://instagram.com/p/BOIkiKtjpUP/ 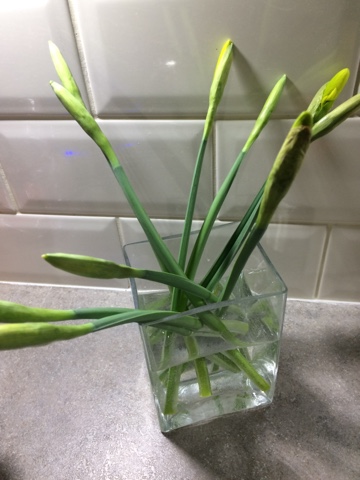 :: I'm enjoying my first daffodils of the year. I love having them brightening up the kitchen.

:: Biggest girl is now following in her Father's footsteps and doing (junior) park run. She takes it very seriously. We had to go and buy some running tights for her. It's all about the PB.

:: Smallest girl is now old enough to join in too (4! Last week! How did that happen?) "I'd rather stay with you mummy than get all hot" A girl after my own heart. Everything is currently about Paw Patrol. Or Sue Hendra books. I think Supertato is my favourite.

:: We took the nursery bear home over Christmas. It was the longest three weeks of my life. I had three children to change into pyjamas every night! I was also more petrified of losing said bear than my own child!

:: I'm loving Apple Tree Yard on BBC1. The book by Louise Doughty was just superb. Women scientists aren't often depicted on TV and (thankfully)  don't seem to have the shenanigans she does!

:: I'm hoping to join in with Penny  and try some new dishes in her recipe challenge. I have shelves (shelves!!) of books so I should really put them to good use rather than thinking of them as bedtime reading.

Posted by The Creative Academic at 21:03