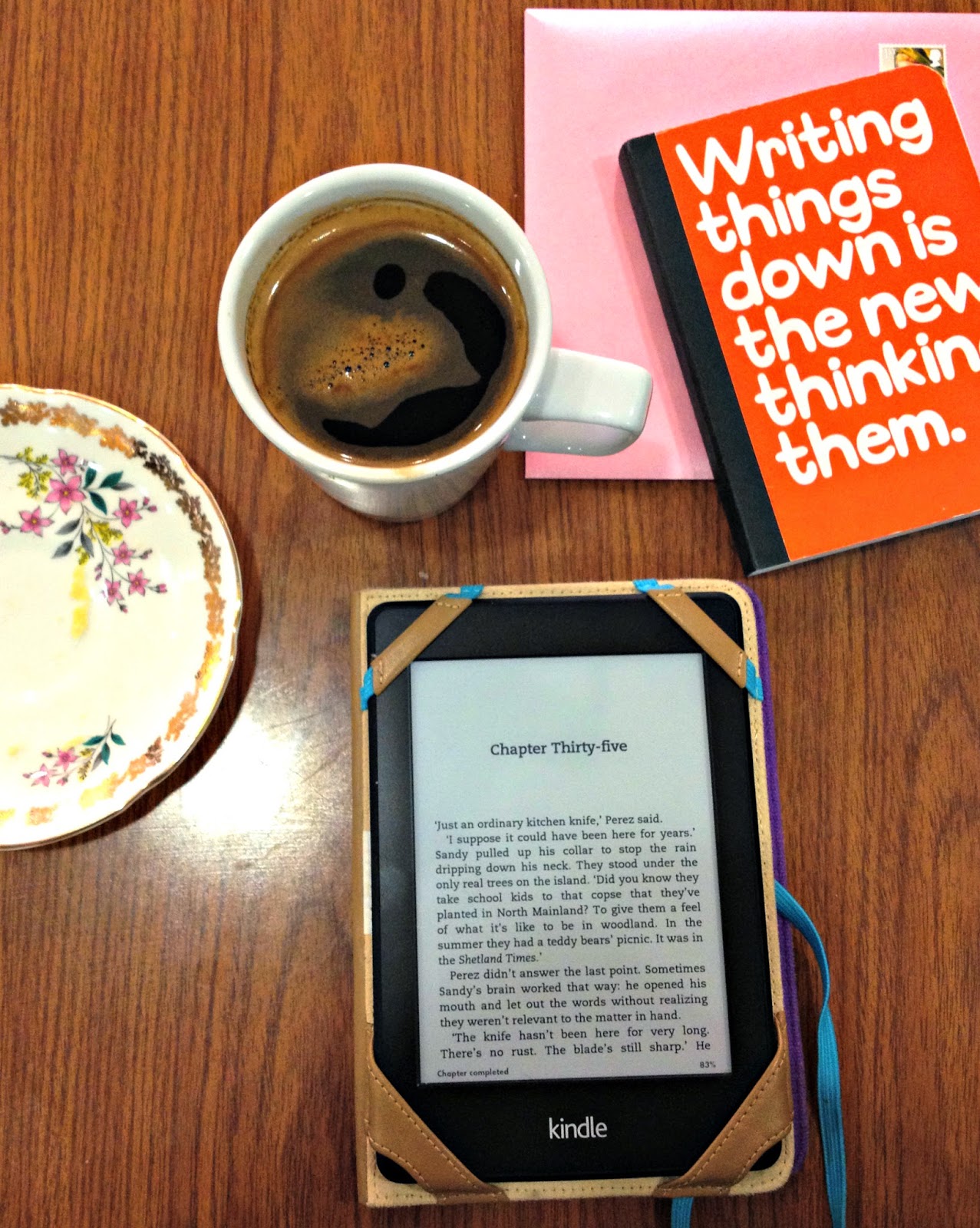 April slips into May and I’m still reading. Not quite as prolifically as March but still 2 books…not so bad.

I seem to be on a bit of a crime fest with April’s two offerings being from the Ann Cleeves Shetland series.
The first ‘Red Bones’ investigates what is first thought to be a tragic accident but soon transcends into murder. The second ‘Blue Lightening’ surprised me by a turn of events which made me well up (!) into my coffee and shortbread. Over the course of the four initial books of the Shetland series (I can’t call it a quartet as another was published in January) the police characters become central along with the islands themselves. You learn more about them and their lives and in doing so become more involved and attached to their lives. Ann Cleeves is a super writer. I love the fact I’ve found a whole new series of books to read simply from participating in this. I have a huge list from others’ suggestions too.

I’m excited to read the latest in the series but I’m going to give myself a rest so not to have Ann Cleeves burnout and commit read Apple Tree Yard by Louise Doughty this month. At the end of May Mark Billingham published his next Tom Thorne novel so that could be a May choice or a June choice….David Morrissey plays Thorne in the TV series and was EXACTLY how I’d pictured him. This hardly ever happens.

Linking up with Laura and a Year in Books.
Posted by The Creative Academic at 12:40

Email ThisBlogThis!Share to TwitterShare to FacebookShare to Pinterest
Labels: a year in books, April, reading