I love this time of year. I’ve written about it before (and still not made a start of the shawl in this post – I’m feeling brave maybe I’ll make a start). I always think of that line from You’ve Got Mail where Tom Hanks’ character (Joe) says “Don't you love New York in the fall? It makes me wanna buy school supplies. I would send you a bouquet of newly sharpened pencils”. That is exactly how I feel about this time of year. Although the last time I was in New York in the Autumn was 20 years ago!! I'm still excited for the start of a new term. The new academic year is nearly upon me...I've spent all summer prepping my new modules and getting ready for the next intake of students...
So this might be a good time to round up on summer happenings. I returned to work today. BigR goes back to school tomorrow (a cunningly placed INSET day today catching people off guard) and so it continues. It’s also her birthday on Thursday, which to me signifies the true end of the summer.

:: We made our annual (can you say annual on the second year?) trip to the pick your own farm for strawberries. It was much easier this year as LittleR is older and can follow instructions (apart from don't eat too many). I didn’t overdo it either (well not too much) and we got 6 jars of jam plus plenty for desserts and general snacking. 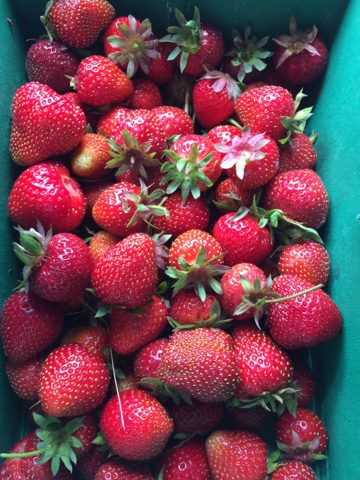 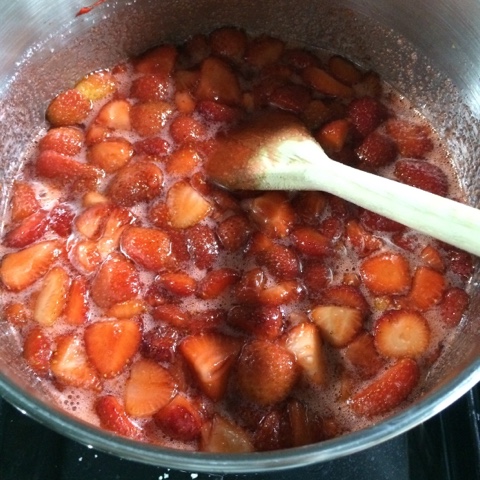 :: The garden has flourished…perhaps with a few more weeds than last summer (but I’ll take that over having time off with a poorly child) but all in all there’s been colour since the springtime. The cosmos grew and grew but no flowers apart from one. Well, I shouldn't have been so impatient...they're full of flowers now!! 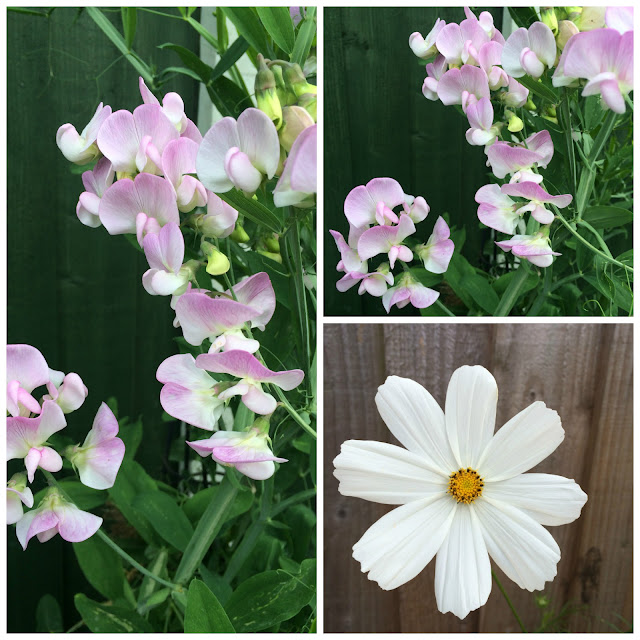 :: Although our fruit crops were meagre this year. We did enjoy a few home grown strawberries, raspberries and (just ripening now) blueberries. We only managed 2 plums – biggest child was put off by finding a worm inside and that was that!

:: The roses were beautiful too and still flowering on their 2nd or 3rd flush. All the deadheading was worth it.

:: In the kitchen I made pesto which was stirred into pasta and put in a crust on top of cod, bread and various cakes. The biggest girl has requested a chocolate cake for later this week.

:: We had some fabulous days out. Yorkshire Wildlife Park and Castle Howard (where Brideshead Revisited was filmed) and of course our regular pre-paid with membership haunts Fountains Abbey and Harlow Carr.

:: I took the girls to McDonald’s one lunchtime and they thought all their birthdays and Christmases had come at once. Ketchup, balloons, plastic toy, ice cream. Their joy was unreserved!! Who knew McFlurries were so tasty though?

:: BigR has learnt to knit. She needs help on occasion wrapping the yarn round but overall does a good job. I'm there to pick up lost stitches and undo any mistakes (for example the row she forgot to slip the stitch off and ended up with 40 stitches not 20). She’s made a blanket for Barbie’s little sister, Chelsea (no I didn’t know she had a sister until it arrived as a present for her birthday last year but she does) as her patience in getting rows done didn’t last to make one for Barbie! Of course, her side of the story is that Barbie already has a blanket for her bed (this is true, my children have too many toys!!) 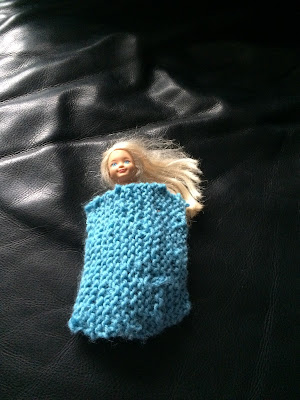 :: I was given a beautiful kit to knit a cowl by my very talented knitter friend. It’s coming along although I have had to unpick rows where I’ve missed part of the pattern whilst talking!

:: I’ve managed to complete two embroideries as well…the ones I bought in New York picturing NY scenes. The plan is to intersperse them with hoops of fabric along the wall behind our sofa. Now I’ve just got to hang them. I can't believe I don't have 'finished' photo....

Posted by The Creative Academic at 14:12