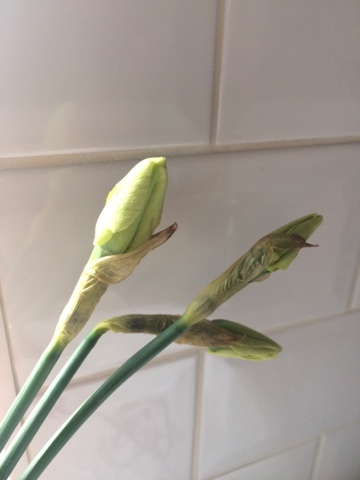 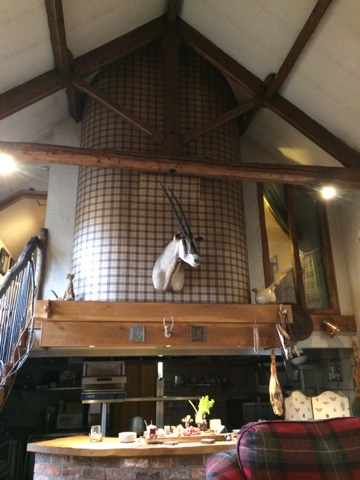 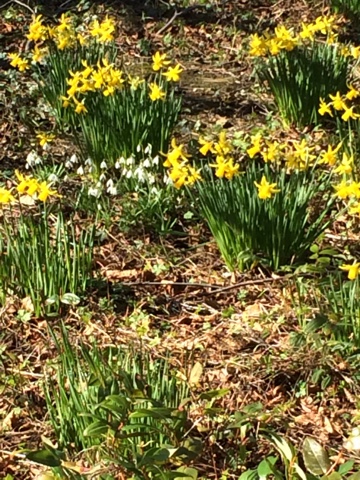 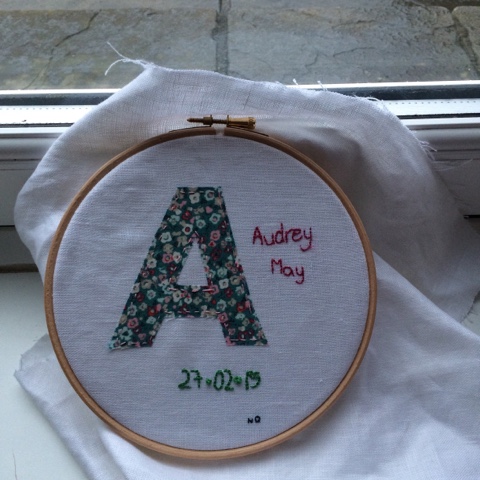 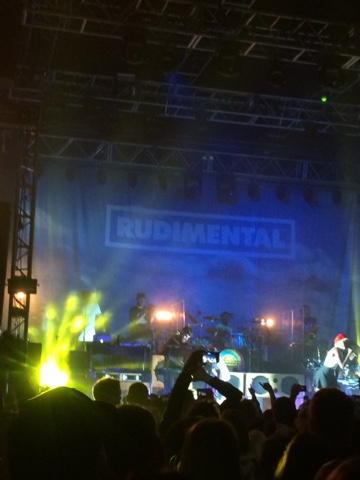 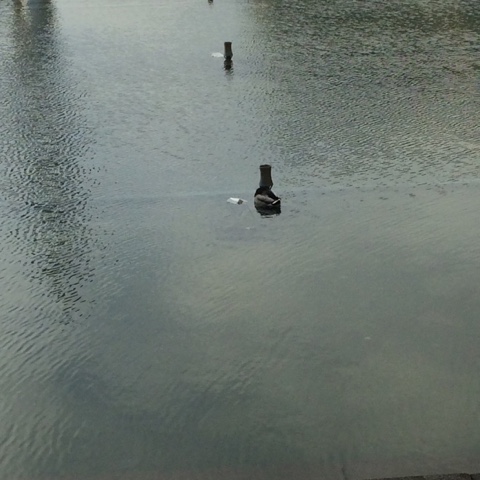 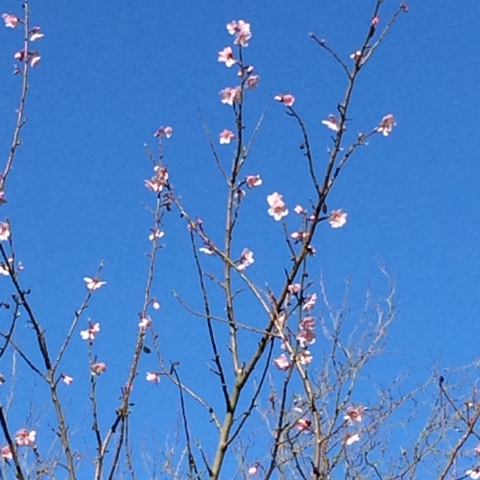 So I hadn’t intended to take such a long time to blog again. Life happened as it usually does but this time it was mainly good things. And spring has definitely arrived!

:: We had a superb few days in Whitby and surrounds over half term. Highlights included fish and chips and ice cream. LittleR decided to take a fully clothed (including her coat), impromptu dip in the sea. Oh how we laughed. Not. But we did eventually once she was dry again and I’d gotten over dragging a screaming 3 year old up about one billion steps!

:: Actually she did look hilarious. Bone dry on the back and soaking wet on the front. When we took off her clothes she was covered in gritty sand on the front but nothing on the back!! After a quick hose down in the bath (her) and an ice cream (all of us) all was well with the world.

:: We’ve worked on the garden. The daffs are out and the grass has had its’ first cut. I fall back in love with being outside again in spring. We’ve had the front  garden ‘remodelled’. Basically some men show up and cleared the bed, dug up a load of bamboo, a huge euphorbia and anoth massive shrub, took the rubbish away and dumped tonnes of top soil down. On closer inspection they’d left the difficult bit (the 2 shrub stumps) so the ABO and I took 5 hours (mostly him) digging and sawing  them out. Then yesterday we lugged them into the car and off to the tip. Now comes the fun bit…replanting. I’ve fallen prey to child pressure (similar to peer pressure but with added whining occasionally in stereo) and added a plum tree to the new forsythia (nearly out), the magnolia (buds!!) and the hydrangea (currently just some sticks but I live in hope).

:: This has actually meant I’ve legitimately been able to break out a new note book for the front garden exploits. I do love a good notebook. And a good garden diary.

:: I’ve enlisted my dad’s help on providing he summer bedding. He has 2 greenhouses (!) and has sown seeds a plenty for both our gardens….mostly petunias and geraniums I think.

:: The patio has been cleaned. The ABO did it himself last year but we had a professional do it this year and the difference is noticeable. The table is back out and the barbecue in place. Just waiting for a day with no rain and we’ll be back cooking (at least) outside again.

:: We’ve actually had lots of time together recently as the ABO has been on a month off for March. Not so good for the school holidays and having a family break but good for us. We enlisted the help of babysitters and went to see Rudimental (who were amazing!!) and Paddy McGuiness. We’ve done ‘jobs’ that are easier without bored children complaining. We’ve stayed up too late watching rubbish on TV. It’s been a good month.

:: We've also had a wonderful child free night away that we’d had to reschedule from last year when LittleR was so poorly. Good food and good company in beautiful surroundings near Helmsley. The girls stayed with their grandparents having too many treats and staying up too late on a school night!

:: I finally made the embroidery/applique for my friend’s little girl who was a year old at the end of February.  Ever critical, it’s a little wonky but was made with love. Plus it’s up in her room so they must like it.

:: This time of year makes me want to get things sorted (I have another push in September too – my life runs on the academic calendar).  We have a small expedit unit that hides many (not all – my children have far too many toys) of the girls’ toys and books downstairs. My plan, under the cloak of darkness, is to clear through this and gain back some semblance of order.  We’re having the living room decorated in mid April (should’ve been done for now but the decorator was unwell) and some more will be going then! I’m sure they’ll get over it...I’ve also been through their clothes and made a note of things that need replacing through wear or growth. I’ve been through my clothes but not much needed to go there! The major reordering plan for me is to move my craft stuff into one place (it’s currently in 3 small places).  This needs a bit of thinking about…

:: I rose to Penny’s challenge in February for new dishes and managed two new to me recipes. Both were from Mary Berry’s Cookery course. I made fish pie and used a lamb shank. I altered the fish pie to use only unsmoked fish  as I’m the only fan of smoked fish here and left out the hard boiled eggs. For the lamb I followed the recipe slavishly and it was delicious. I’ll do both of those again! Next up will be some things that freeze easily as the ABO is on lates and needs easily portable and reheatable dishes. March was a rerun of the same things really. Must try harder in April.

:: I’m also planning some new craft things which if I get round to them will share here. I’ve got a list (of course) and I’m ready to crack on. Skirts first I think.  As for the scarf for the ABO – it’s yet to be finished but there’s always next winter!

:: I'm back at work for a day today and then the rest of the week is normal life. The ABO resumes work on Friday just as the school holidays start here in Leeds (ours are fixed for the first 2 weeks in April) so next week BigR is off school, having a 'Daddy and me day' and going to York on the train. I've a surprise planned for the girls later in the week too...more soon...

:: Also the ducks are back on the pond at work. Expect more updates.

Posted by The Creative Academic at 11:57