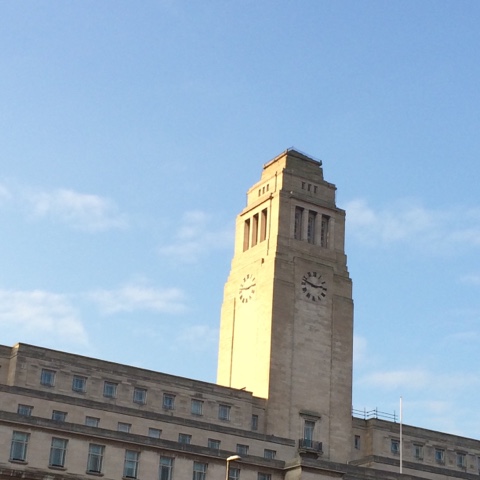 I was going to complain bitterly about the weather, the seemingly incessant rain more specifically. How the pots in our garden couldn’t cope with the deluge. The soaked coats and hair and the cold, don’t talk to me about the cold. Today though, I was greeted with a magnificent sunrise (no good pictures though) and my mood changed. I was going to spend the time complaining, but maybe it’s better to focus on the good things.
It’s been a busy but generally good couple of weeks since I last blogged. In no particular order;

:: Smallest girl turned three and was super excited to be a big girl and to have snow on her birthday. We all went outside and built a snowman in the meager snow. Then came a little party with all the grandparents and a cake. She was very happy to blow out her own candles too. And also the next day on her cake at nursery!! 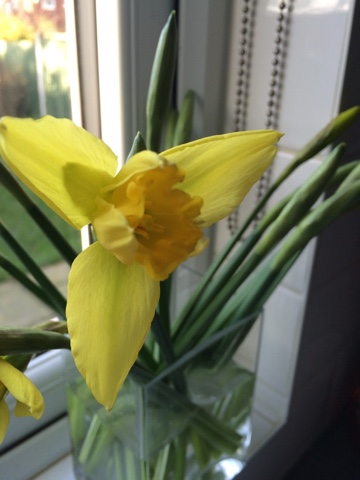 :: I bought the first bunch of daffodils of 2016. A bit of Cornish sunshine made me think of Leanne and they brightened the kitchen up no end.

:: I splashed out on a new moisturiser as the cold had been playing havoc with my skin. My skin is very, very dry anyway and with the weather, drier still! Somehow a cleanser fell into the bag too. It was only a small size to see if it agreed with my skin and if I would keep it up. Just to set the record straight I do wash my face (!) but as I don't often wear make-up and have sensitive skin I don't use a 'soap' or make-up remover. One week down so far so good. I might need to go back and buy a bigger size of the cleanser and try to keep it up. 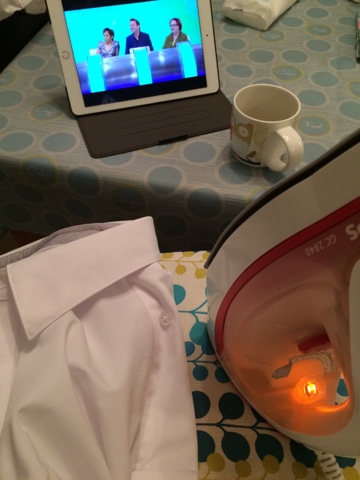 :: The girls played together nicely and I ‘enjoyed’ a bit of early morning ironing with ‘Would I lie to you’ on iplayer.

:: A friend from work who I became close to when pregnant with our first children left for a new job. It’s a great move for her and her career. She’s moving to the dark side of the Pennines and taking up residence in Liverpool. I’m really going to miss her. BigR had a little cry when she knew her friend was leaving but the joke is we’ll probably see more of them now than when they lived round the corner! 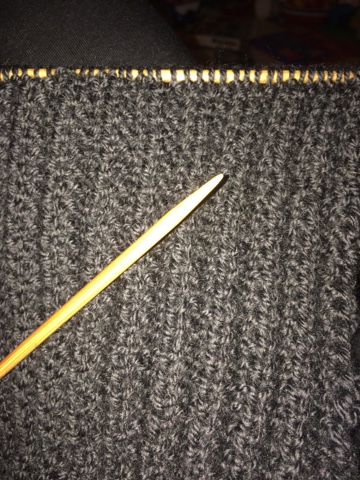 :: I’ve made (some) progress on a scarf for the ABO. As we’ve had such a mild winter so far he’s not needed it which is a good thing as I doubt if it’ll be ready until 2017!

:: I found an old Cath Kidston voucher with £7 left on it and bought a new ‘fold-away’ bag to keep in my work bag for when I need another bag. 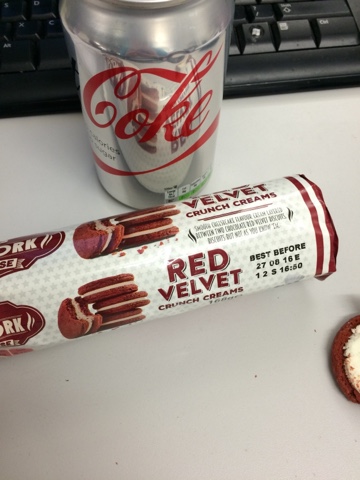 :: I discovered the crack cocaine of the biscuit world. Thankfully I only work 3 days a week and left them there…until today…

:: I took LittleR’s old clothes to work for 2 friends who have girls who are a year younger than Littlest. Some of the ‘frocks’ were barely worn. It’s good to see them going to their new homes!

:: I (finally) plucked up the courage to speak to my boss about my work (specifically one area of it) and if we could make any changes. I've not been happy with one aspect for a while. I'm a bit of a round peg in a square hole and although everyone is lovely, I'm not really achieving much or feeling like I'm doing a good job. For those not in the know, usually academics are ‘rated’ on their ability to be returned in the Research Excellence Framework. Basically this is how Universities are given their research funding – the quality of the outputs (research articles, grants, indicators of esteem (no I’m not sure either)) is judged and money given in return. Now on the horizon is the Teaching excellence framework due to be judged in a similar (metric) way and ultimately I believe will change how fees can be charged. I was returned with my department last time in the REF but due to changes within departments, the wider University and education more generally our department is unlikely to be returned which puts research academics into difficulty. You might want to be returned and work towards this goal but then the department isn’t returned as a whole (the story has to 'fit') so where does that leave you (and ultimately your job!)? There’s an option to change contracts to be more teaching focussed but in a Russell group University teaching is (still) sadly seen as the poor relation to research. So now I’m not sure where my role stands or what I want to do. I love the teaching part of my job but it’s a bit of a conundrum.

:: I’ve made copious scones. Sometimes Paul Hollywood’s sometimes Mary Berry’s. I found a jar of my strawberry jam (as opposed to Bonne Maman) in the cupboard and we’ve all been enjoying them with butter and a dollop of that. Now to get some clotted cream…

:: I’ve been in the mood to clear stuff out (see above with children’s clothes). I did a bit of a KonMari style tidying and thought to see which of my clothes ‘sparked joy’. I’d seen her book a few times and the idea looked interesting. It was a bit of a weird undertaking for a Brit to see what I found joyful but I got rid quite a bit of ‘stuff’ including 3 pairs of coloured jeans which I used to like but now don’t. I have my ‘at home’ uniform of white t shirt, jeans/denim skirt, cardi (various colours), scarf. I keep getting ideas of stripes or spots or something but that might be too much pattern with scarf and cardi. Hmm. More food for thought.

:: We went to the seaside, to Whitby. We walked on the beach even though the tide was coming in and had a treat of fish and chips in the Magpie Cafe then an ice cream on the pier (yes in January). It was such a lovely day with minimal moaning and arguing from the back seat of the car! 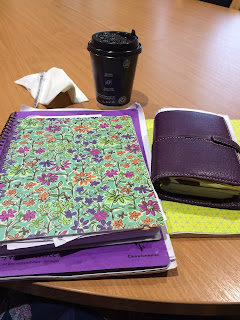 :: I’ve been making lists (many of them during meetings which I'm obliged to attend but can't make a meaningful contribution to). Lots of lists. Lots of notebooks. One of the best ways I cope with making decisions (see above for job thoughts) is making a list. Although when it came to the job options I did add 'give it all up' (which is not really an option – financially or intellectually and is little bit defeatist!)

:: I've been revisiting the (now very long) list of things I want to make. First seen here. I've still not done the applique blanket(s - now the littlest will want her own too) or the skirts (although I have the fabric and it's nearly spring!) or the  photobooks. And I've added some extra things to it. First up is to finish the scarf (see above) and then I need to complete an embroidery for my friend's daughter. It was going to be a new baby present but then LittleR became ill and it got left by the wayside. Anyway it can be a first birthday present. Due for the end of February I think it's achievable and I'll share it here when it's done along with an updated long list.

Thanks to everyone for their comments recently. I know I'm terribly behind again on emailing you and commenting on your blogs. I'll get there eventually.

Posted by The Creative Academic at 11:39