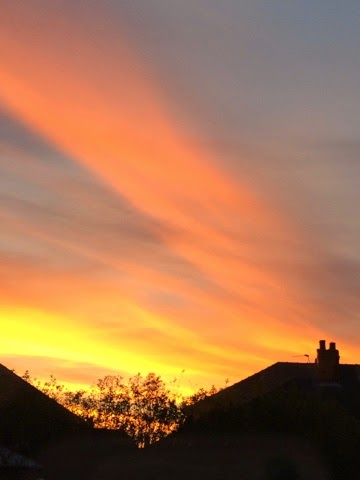 :: February has been the month I've been suffering from inertia. A feeling I should be doing something but not knowing quite what that something should be and as such not doing very much at all...at work and at home...until I suddenly think about it or write it all down and realise I've just not been doing anything particularly blogworthy in the ta-dah finished object sense of the word but have actually had a really full month. 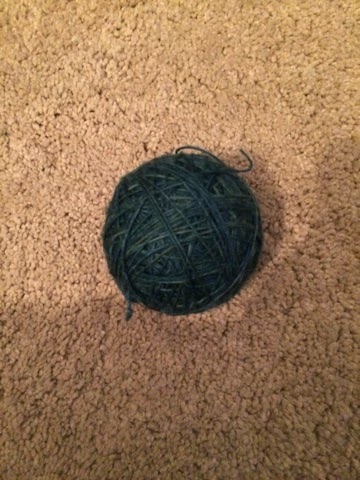 :: In February, I finally, finally unravelled the delicious ball of malabrigo sock yarn. It's actually a lovely striping green colour, not that you can see that here. It was definitely a labour of love (with much swearing). I'm planning to make this hat with it, but in the usual way, I now have another project on the go. That project being a scarf for the ABO. I've chosen a simple pattern, mistake rib stitch and thank goodness for that as I've already had to frog back and restart. Maybe that's why it's called mistake rib stitch? The yarn is a beautiful charcoal grey but doesn't look quite right here, i'll blame the electric lighting, Anyway, seems to be going OK...for now 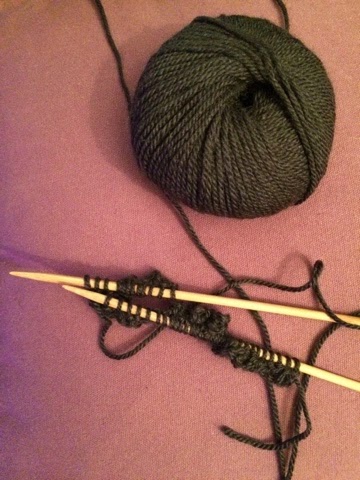 :: February has been the month I've been making bread. Quite a bit in the breadmaker (just a regular white loaf) but also pizza (since discovering that using semolina on the baking tray stops it sticking!!) and this challah. It's a traditional recipe with egg and honey meaning it's really light and tasty.
I was somewhat surprised that the loaf rose to fill the entire baking tray... 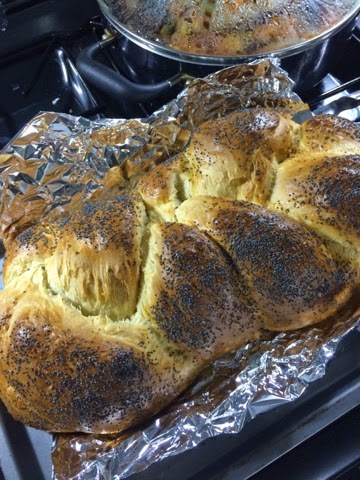 :: February was the month of rainy afternoon TV viewing. We watched 'Frozen' (again...and again), 'Cinderella' and 'Room on the Broom' and the girls' favourite....'Four in a Bed' (the show where B&B owners stay in each others' businesses and rate them). They're both really taken with the idea of checking for dust in the bedrooms and giving marks out of ten for the facilities. hopefully they won;'t be looking too hard for the dust here!!

:: February is Christmas all over again. Or that's what the Christmas cactus is thinking. 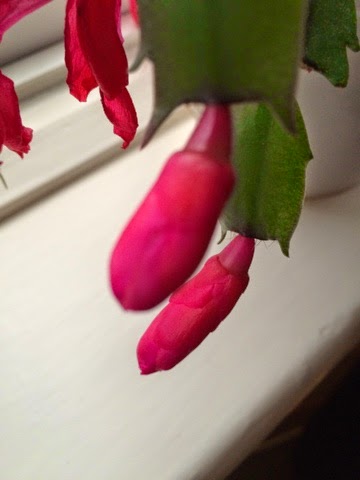 :: February is actually July. I found roses flowering in the garden! The weather just has no idea. 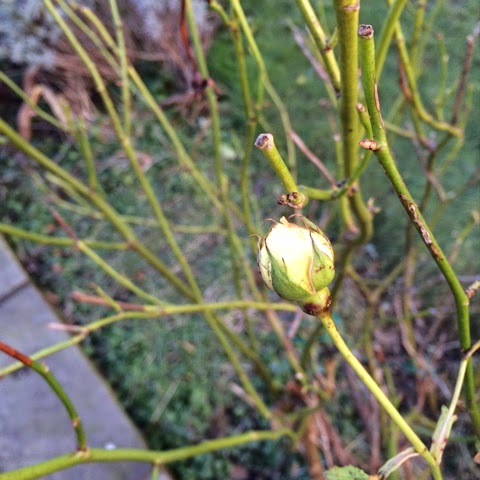 :: February was the month when my very good friend L, gave birth to her second child. A girl this time round. I'm so excited to meet her. I'm also thinking of what to make for her. When her son was born, I did an embroidery, maybe I will again.

:: February meant that it was half term. BigR had a great week. A couple of 'Daddy days' whilst I worked and LittleR was at nursery. Then some family days out, long walks and a trip to Yorkshire Wildlife Park and ate a picnic outside without our coats!

:: February was the month of trying a new cake. I (with BigR's help) made an almond, orange and cardamom cake that Jen suggested on her blog. I didn't have a blood orange so just went with a regular one. Yummy. 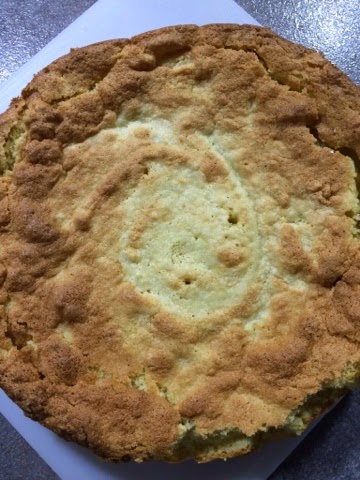 :: February has been the garden planning month. What to plant, what jobs need doing. We definitely need to make the gate to the garden more secure as the Littlest is planning her escape at any opportunity. The ABO dug up  a dead rose today...you wouldn't believe the roots on those plants! We bought a wendy house for the girls; it's already been put to good use. It's very cosy. I might take up residence if I get badly marked for the facilities in the next game of 'Four in a Bed'.

Posted by The Creative Academic at 22:05