Friday happies on a Friday 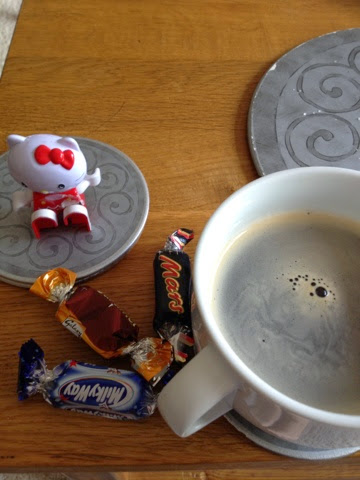 I can hardly believe it is Friday already this week. The time (especially as I’ve been off work) has just been zipping by. It’s been a couple of weeks of change not only in the season, there’s definitely more than a sniff of autumn in the air but also changes for us. BigR started school and turned 5. I survived a children’s party and the immense pressure of pass the parcel (who knew it was sooooo stressful? Making sure every child had a turn, making sure it wasn’t my child that ‘won’ the big prize – or maybe that’s just me?!). I also survived another bout of sickness which led to an extra couple of days off work for me to care for LittleR (she was fine but there was a 48 hour exclusion period after illness so she couldn’t go to nursery!). We’ve been switching things round at home too. Clearing a few things out – this time of year really appeals to my getting organised side. We’ve changed BigRs room a little bit by giving her a big girl bed and some new wardrobes now the old furniture doesn’t fit in the room (they’re still to be delivered and then built!). We’ve made upstairs a bit more play friendly by moving some toys into LittleRs room so it’s more of a play room for the girls too. I’m feeling exceptionally smug about my pinterest find for Barbie type dolls....it’s stopped me stepping on them. Of course, it could be they just have too many toys.... 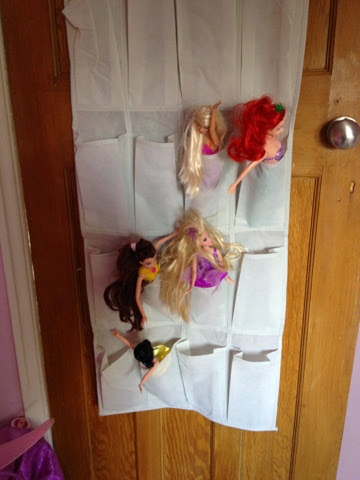 So in no particular order and joining in with Gillian, here are my happies.

The garden
I’ve been loving being outside. The ABO has been on lates so I’ve been doing the school pick up (still not quite used to that) and we’ve been having an hour in the garden before tea. It’s really helped to ensure a good night’s sleep for everyone! LittleR cannot get enough of being outside. Someone just has to mention the word garden and she’s off to get her shoes. She really cannot get enough of it.

We seem to have quite a few sunflower buds appearing. I thought they’d flower a lot earlier who knew they’d be perfect in September? 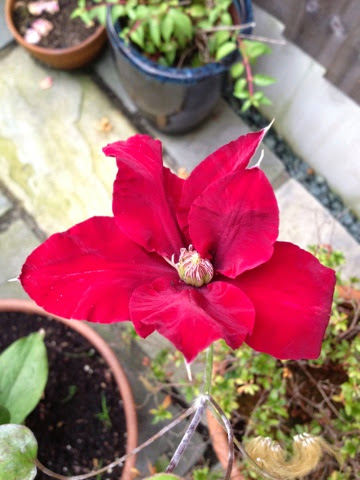 I’m enjoying the second flurry of flowers my clematis are having. The deep red one was bought as it has the same name as LittleR (there’s also a heuchera in the garden with BigR’s name - no one is left out) and the purple one appeared in a flower pot of sweet peas my Dad gave me a few years ago. Can you see the green beetle in the purple one? I wonder if he thought he was shielded by the flower centre? Not sure what he is or if he’s a danger to my clematis but I was struck at the colour contrast. 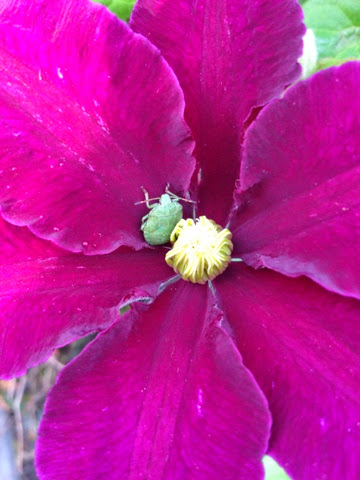 We’ve had great success with our blueberries. I was a little bit quick off the mark and offered one to BigR about 3 weeks ago which she declared disgusting. An extra few weeks of ripening and they are delicious. 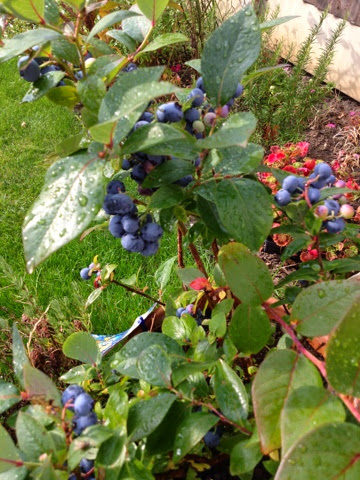 I’m also very pleased with the success of our pepper. It’s not very big but is turning a beautiful red colour. I wonder when it’ll be best to pick? 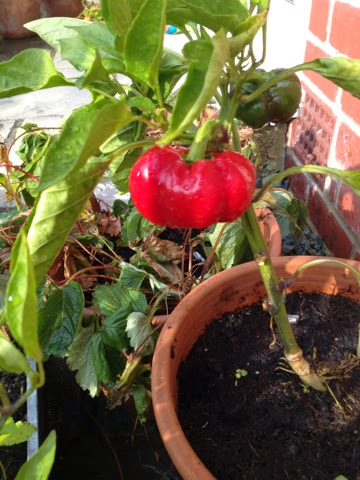 School
BigR is loving school. She didn’t cry. I didn’t cry. I ate biscuits and wondered about the house being quiet.
One thing I am amused by is the magic portal of the school bag. BigR comes home and messages are imparted via the magic portal. I am amazed by the sheer number of letters she has had already. Also, it has magical properties. She brings home a wonderful creation (or some tat – for example she may have brought home a 12 egg egg box filled with pom poms and wool cuttings and still wet pva glue) which we consider as decoration in various places in the house before LittleR grabs it and attempts to inhale the contents thereby it makes its way back into the magic portal not to be seen again.
We live opposite her school. This is good for a whole number of reasons. However one downside was realised today. The ABO was sorting something in his car boot and she was outside (in a lesson) which resulted in lots of shouting ‘Hello Daddy!!’. We joked that she’d be asking where we were if the car was not on the drive when she was at school!!

Birthday
BigR was 5 on Monday. Five. Five. How did that happen?
We all survived the party and the present opening and all the grandparents visiting before school in the afternoon. She had a fabulous time. She loved her ‘Frozen’ party and her ‘Elsa cake’ (which even though I say so myself, was delicious, and yes I had the final slice!). 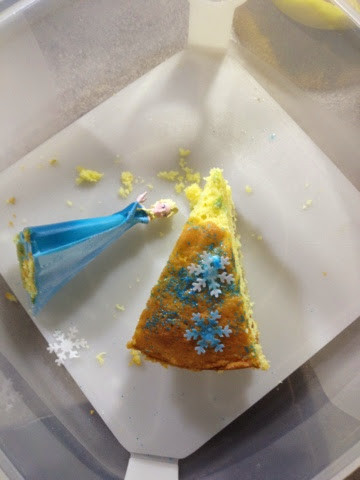 Elsa barely leaves her side now. 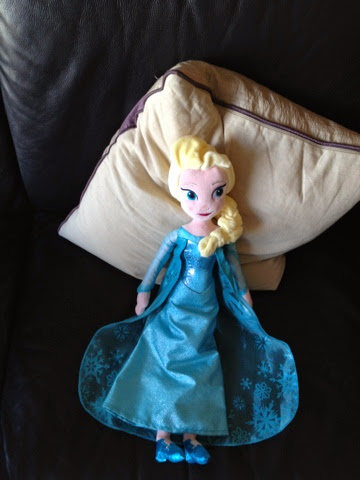 Posted by The Creative Academic at 20:58