Back to work, eating and playing

Another week goes by here in Yorkshire. I made it a 3 day week...potentially trialling what life could be like if I’m brave enough to mention flexible working to my boss later this week but that’s another story...


The ABO and I had a day together on Tuesday. We escaped to Manchester for jeans (him), a skirt (me) and burgers (us). The shops are the same shops here in Leeds but arranged in a different order so that we’re never quite sure where we are, it’s not that familiar to us and seems to lend itself to pottering. Even the M62 being closed on the way home didn’t dampen the spirits too much. 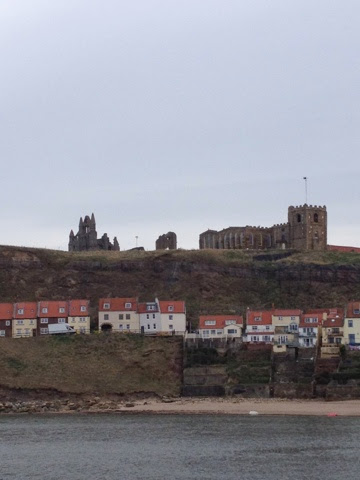 Friday we had a family day at the seaside. After a fairly long drive to Whitby, we had fish and chips, ice cream and made sandcastles. The tide was coming in (and fairly fast) so we didn’t linger too long. LittleR had no fear and merrily chased sea gulls and ran toward the waves (in direct contrast to BigR at the same age who on Perranporth beach was scared by the very gentle sea) and BigR attempted to make sandcastles without getting too sandy (this is not usually her fear at nursery where she frequently comes home covered in mud and sand!!!).

The ABO went back to work yesterday. He’s away most of this week and we’re (literally) counting down the days until he’s based locally now...So in his absence (I find it easier if we have a plan one the weekend) we went to see old friends of mine from Un ii Sheffield. Their children are now teenagers (well one is and one nearly is - how did that happen?!) but they entertained my two really beautifully. BigR came away with a whole host of ‘Littlest pet shop’ toys my friend’s daughter has grown out of. She’s gone to bed with them too! 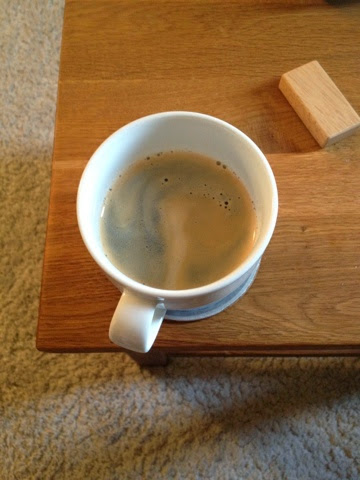 I’ve been enjoying coffee from our new machine....trying out new beans although I’ve been careful not to overdo the caffeine...well not too much...


I’ve been cooking . We made homemade pizzas this afternoon. I used Hugh Fearnley Whittingstall’s pizza base recipe which can be found in the river cottage bread book or here. 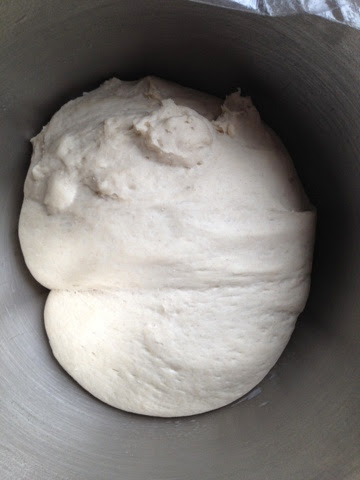 For the tomato sauce I used this recipe from Sue at the Quince Tree. I’ve made this sauce so many times now...it’s useful for so many things and the girls lap it up. 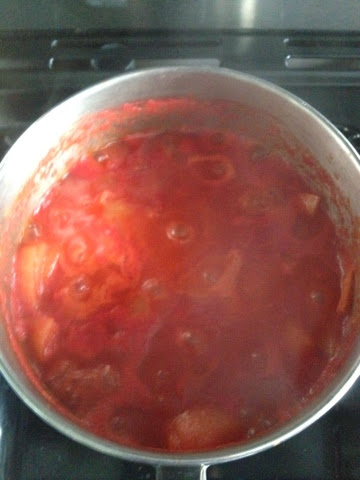 BigR added cheese, mushrooms and ham to hers. I kept LittleR’s a very simple margherita. They were delicious even though I didn’t put as much salt as Hugh suggested into the dough as I was going to be giving it to the baby. Actually I think I barely used10% of his suggested amount. I’m so used to eating food without any added salt (unless it’s butter, I love salted butter!). They were a great success with the girls...even if one did get stuck to the baking tray (why only one?)... 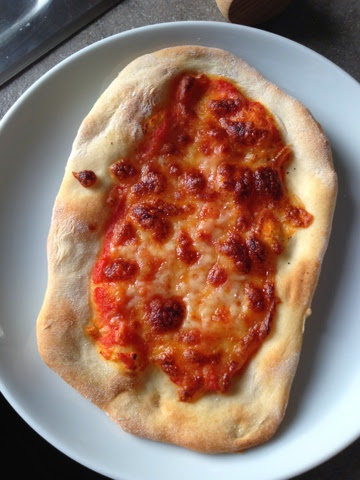 As a little treat the other night we had pancakes again. I bought my pancake pan with a voucher from my birthday when I went to my Betty’s cookery school day. It’s been getting good use. They were delicious. Filled with ice cream and mango. Yum. 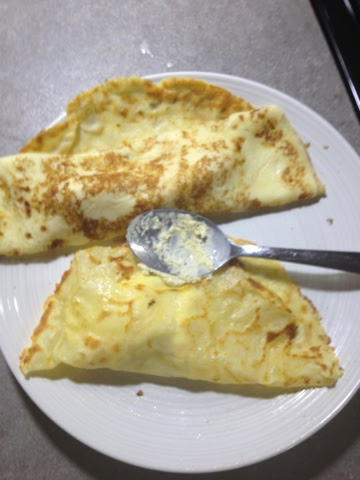 I’m itching to get in the garden. I was reminded though that it’s not as warm as you think with some chilly winds. We’ll hold off on the temperate plants for now anyway... BigR planted peas at nursery and came home with her plants the other day. She was so excited that her seeds had germinated and would become peas!!! She checks on it everyday and so far she’s not been disappointed to see a difference. I’m hoping they carry on thriving and we can transfer them to a pot for outside later in April. 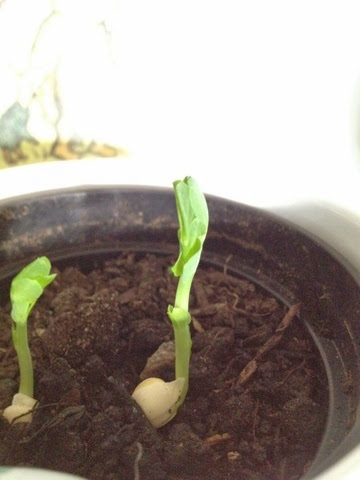 Plans for this week are


:: coffee with a good friend I haven’t seen for ages. We used to work together and I miss her. It’s taken us ages to get a date we can both do in the diary!


:: baking a cake for the return of the ABO at the end of the week


:: the usual supermarket type visit but to include some nice things to eat and menu plan for in advance


:: hopefully to get into my new book ‘Raven Black’...having finished ‘The Snow Child’ (superb!)...I’m not sure where my reading mojo has come from!

Hope you have lovely things planned too.
Posted by The Creative Academic at 22:02